Occupant is in the process of moving. pardon the clutter. buy this secluded private willow wood garden... Read More This 2/2 condo overlooks the golf course & pond and is located in the boca west country club. the award... Read More Price to sell now!!! $75,000 as ishave you ever wanted to wake up each day to breathtaking and peaceful lake... Read More 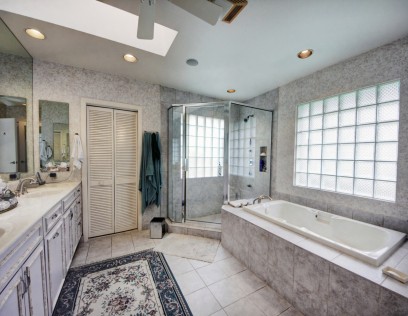 Boca West features 54 separate communities. The Boca Raton subdivision offers a wide array of housing units, ranging from single-family homes to townhomes, villas and garden apartments. Most of the residential real estate in Boca West is owner-occupied. Almost all of the residential homes were built in the period from 1970 to 1999. A significant proportion of the homes here appear to be seasonally-occupied by people coming around for vacations. Single-family homes for sale commonly have either three or four bedrooms, while condos have one to three bedrooms. More than 40 percent of home inventory are waterfront units.

Boca West comes across like a place that would appeal to older people looking for a great place to retire. It is considered more retiree-friendly than majority of the communities in Florida. The setting is peaceful and serene. Individuals or families who value education highly may also love it here. It has been observed that more than 65 percent of adults who call Boca West home are college-educated!

Residents can enjoy championship golf on four golf courses at Boca West Country Club, which extends some 1,400 acres. There are also numerous tennis courts as well as wooded areas and waterways for many more recreation options. Variety of community events can be enjoyed round the year, including Tanglewood at Boca West and Holiday Carnival. The Shoppes at Boca West promises a great convenient shopping experience for both residents and visitors.

Boca West is centrally located within the city, it is bordered on the south side by Glades Road, on the East by Jog Road, the west by the Florida Turnpike and the North by Yamato Road. Access to the community can be made through all sides except the turnpike.

Boca West is a subdivision within the city of Boca Raton, Florida. There are currently 29 Homes for Sale within Boca West, with asking prices ranging from $20,000 to $2,975,000. The average list price per square foot of the available inventory in Boca West is $257, which is below the Boca Raton average of $453. Recent comparable homes have been selling for 94.53% of their asking price. Waterfront homes represent 34.48% of the available Boca West inventory. The population of Boca Raton, according to the 2010 Census, is 84,392. The total number of households in the zip code of Boca Raton is 9,926, with an average household size for of 1.94 people. The total number of renter households within the zip code of is 1,543, which means that 84.46% of households in this zipcode are owner occupant households.