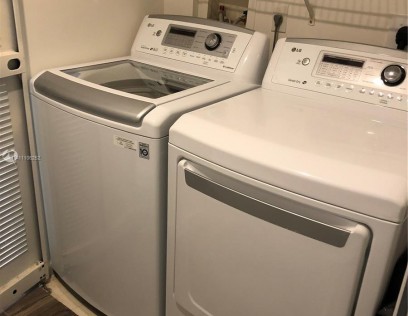 Other For Sale Buy Owner in Hollywood 2

Hollywood is a highly sought-after community in Broward County, Florida. Named after Hollywood, California, the subdivision boasts of highly diverse residents and offers a vibrant, exciting lifestyle. It is one of those places where you are not likely to have a boring time when living there. It boarders the Miami metro area, which was home to more than six million people as of 2015. This neighborhood shares the same name as the city, which at times can be confusing.

The local real estate market is one of variety. You can find virtually all home types here. There are single-family homes, condominiums, villas, townhouses and even land for new construction. Condo units make up the largest proportion of the area's home inventory.

Situated in the southeastern area of Broward County, Hollywood enjoys convenient access to many places around, including Fort Lauderdale, Davie, Miramar, Miami and Pembroke Pines. It lies in the proximity of several important routes. Both US Route 1 and Hollywood Blvd pass through the community. Hollywood Blvd links its residents to the east/west routes while and Dixie Highway (US 1), provides north/south access to the rest of the city. Interstate 95 is within 2 miles of the center.

A major attraction around the subdivision is Young Circle, which lies at its heart. This offers a decent place for shopping and dining. You have opportunity to taste a variety of cuisines, including Mediterranean, Cuban, Mexican and Jamaican here. The ArtsPark at Young Circle is a popular place of recreation for the family.

There is a Publix Super Market in the area.


Hollywood is a subdivision within the city of Hollywood, Florida. There are currently 14 Homes for Sale within Hollywood, with asking prices ranging from $75,000 to $1,100,000. The average list price per square foot of the available inventory in Hollywood is $340, which is above the Hollywood average of $336. Recent comparable homes have been selling for 96.09% of their asking price. Waterfront homes represent 0.00% of the available Hollywood inventory. The population of Hollywood, according to the 2010 Census, is 140,768. The total number of households in the zip code of Hollywood is 18,639, with an average household size for of 2.18 people. The total number of renter households within the zip code of is 11,526, which means that 38.16% of households in this zipcode are owner occupant households.